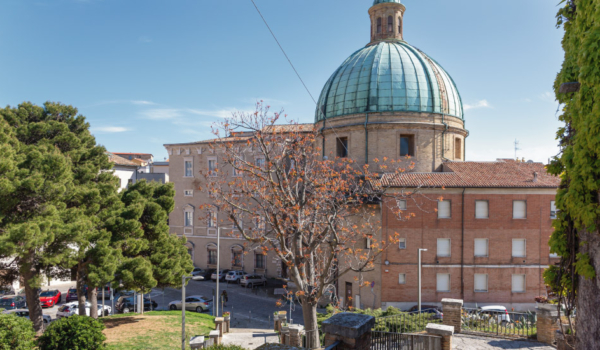 The Baroque Church of Santi Pellegrino e Teresa, also known as Church degli Scalzi, was commissioned by the Carmelites, designed by Roman architect Giovan Battista Bartoli and built in 1706, on the grounds where the Medieval Church of SS. Salvatore sat (decorated by Master Filippo between 1213 and 1224, who also designed the facade of the Church of Santa Maria della Piazza), which was demolished.

The interior of the Church is circular, and surmounted by a large dome covered in copper. It features a 13th-century wooden Crucifix by an unknown artist, the only object left from the old church, and a painting of Saint Teresa attributed to Francesco Solimena.

During the French occupation, the church and the convent were used as barracks by the troops of Napoleon, and some of the friars’ properties were sold.

The Church was built between Palaces Ferretti, to the left, and D’Avalos to the right, which was destroyed by bombings in 1943. It was renamed after the Saints Peregrine, whose relics were preserved here until the 8th century, and Teresa, founder of the Order of the Carmelites. Damaged by bombings during World War II and an earthquake in 1972, the church was restored.

The plan of the church is circular. There are two side chapels and in the presbytery a high altar, adorned with a Byzantine-style crucifix, crafted sometime between the 12th and 13th century.

Devoted volunteers take care of the opening of the church. Timetable may not always be punctual.
Please avoid visits during celebrations or keep silent. 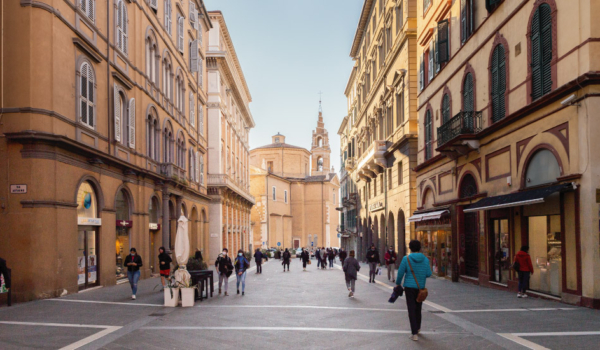 Located opposite Teatro delle Muse, near the port, the beautiful Chiesa del Santissimo Sacramento (Church of the Blessed Sacrement) was the city’s co-cathedral until 1986, when the Archdiocese of Ancona merged with the Diocese of Osimo.

The church was built in 1538, but only its facade dates back from the 16th century. The inscription above the gate attests the close relationship between this church and the Basilica of San Giovanni in Laterano in Rome. It was almost entirely rebuilt in the second half of the 18th century by architect Francesco Maria Ciaraffoni of Fano. The bell tower was built between 1771 and 1776, and it features a Borromini-style spiraling spire, which was damaged by an earthquake in 1930 and replaced after World War II with a not-so-exact copy.

The bell tower, much loved by the people of Ancona, is one of the most iconic elements of the city’s skyline.

Winter timetable
From Monday to Sunday from 7.30 am to 12 am

Summer timetable
From Monday to Sunday from 7.30 am to 12 am

Devoted volunteers take care of the opening of the church. Timetable may not always be punctual.
Please avoid visits during celebrations or keep silent. 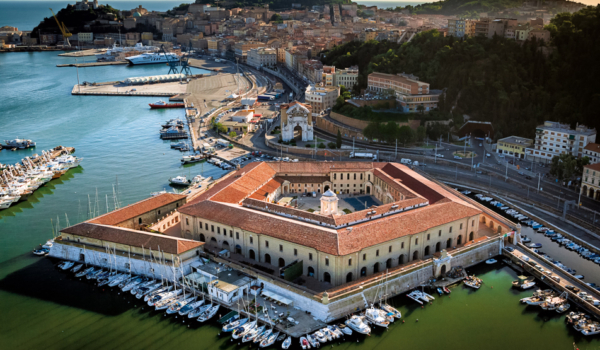 Located in the historical district of Capodimonte, the church is dedicated to Saint John the Baptist. It was built in the 16th century, after a church dedicated to Saint Claudius and the abbey of San Giovanni in Pennocchiara were demolished.

Architect Eusebio Petetti was in charge of restoration in 1950. His project aimed at revealing some of the Romanesque structures that had been concealed by work previously carried out by Lorenzo Daretti in the 18th century. Unfortunately, the engineer in charge botched the restoration, which led to public outrage.

The remains of Blessed Gabriel Ferretti, a highly reputed and active Franciscan during the Renaissance, were moved here from the Church of San Francesco ad Alto in January 30th, 1943.

The church displays a painting by Federico Zuccari, “Ecce Homo”, and a copy of the painting by Carlo Crivelli, the “Ecstasy of Beato Gabriele Ferretti”. The original, which was held in the church of San Francesco ad Alto and is now on diplay at the National Gallery in London.