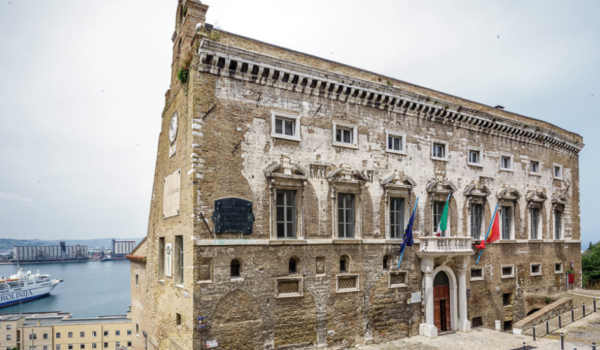 Palazzo degli Anziani, named after the Council of Elders of the Republic of Ancona, used to be the seat of the city magistrates since the early Middle Ages.

The origins of the palace are ancient: it was built by Galla Placidia, a Roman governor in 425 AD. The Palace has suffered fires and bombings and has been frequently rebuilt and restored.

Stone from Mount Conero was used to renovate the foundations in 1270. In 1348, a devastating fire almost destroyed the Palace: a new seat for the Council had to be built, thus the Palazzo del Governo.

After being restored, Palazzo degli Anziani was the official seat of the city council until 1947. During World War II, the Palace was again damaged, and the council had to move to Palazzo del Popolo.

Palazzo degli Anziani used to house the Art Gallery “F. Podesti”, then the Faculty of Economics and Commerce of the Università Politecnica delle Marche. After the faculty moved to Caserma Villarey in 1998, the Palace remained vacant.

After another round of renovations, on November 21st, 2011, the City Council moved back to Palazzo degli Anziani, where it convenes ever since.

The Palazzo del Governo, seat of the Prefecture since the Unification of Italy, dominates Piazza del Plebiscito. It was built in the second half of 14th century, after a fire in 1348 had devastated Palazzo degli Anziani on Guasco Hill, which was seat of the city government.

The clock was added in 1611, and it was equipped, in 1806, with a chime by master clockmaker Antonio Podrini from Sant’Angelo in Vado, that plays a melody at midday. The painted wooden ceiling was crafted by Melozzo da Forlì; unfortunately an earthquake in 1690 destroyed most of the decorations.

The palace was remodeled after 1690: the roof and the eaves were lowered. In 1827 further renovation was carried out. 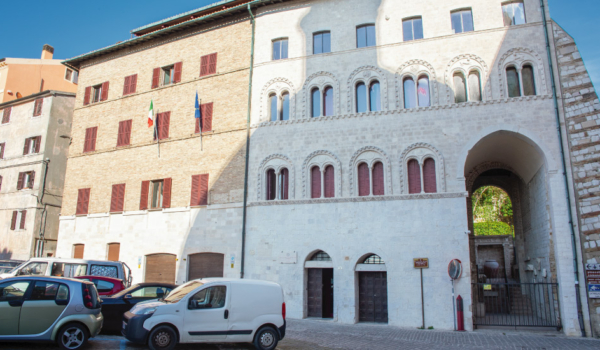 Built in the 13th century, the Palazzo del Senato (Palace of the Senate), formerly know as Palazzo dei Pilestri, stands in the eponymous square, which might also be the location of the Roman forum.

The Palace was built to house the Senatorial Council, when the Comune sold its previous seat (today’s “Palazzo Arcivescovile”) to the Cortesi family.

It has been restored after devastating bombings: the frames of the windows are original, while the mullions were restored in 1952.

Today, the palace is the seat of the Soprintendenza Belle Arti e Paesaggio of Le Marche region (the government deparment responsible for monuments and the environment). 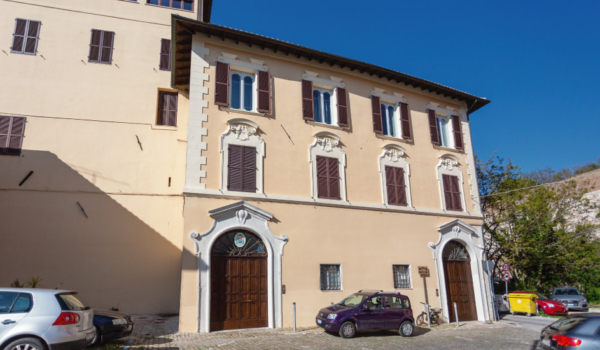 Owned by the “Pozzolongo” branch of the Ferretti family, the Palazzo Arcivescovile (Archbishop’s Palace) has been the seat of the Episcopate since 1827, when it was moved from its previous location, a palace next to the Cathedral, following a landslide. The Palace blends Medieval, Renaissance and 18th-century styles.