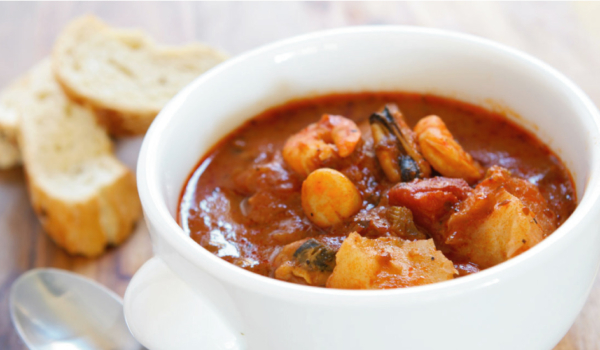 The brodetto all’anconetana is a chunky fish stew with a tomato base, which contains all the aromas and flavors typical of Ancona, that can be served as a second course or as a single dish for a light summer meal.

The traditional recipe requires 13 different types of fish and shellfish: some claim the number represents the guests at the Last Supper, others the spouts of the Fontana del Calamo, a monument dear to the people of Ancona.

Directions:
Rinse and clean the fish and shellfish. Heat the olive oil in a large saucepan, add thinly sliced onion, two crushed garlic close. Cook and stir until the onion are brown, then add half a glass of vinegar.

Let the vinegar evaporate, add chopped parsley and the tomato puree. Add the cuttlefish, cook for about 15 minutes over low heat, lid on. When the sauce begins to reduce, place the cuttlefish on one side of the pan and add the rest of the seafood. Cook about 15-20 minutes over low heat, until the sauce has thickened. Arrange bread slices in soup bowls and pour the broth over them. 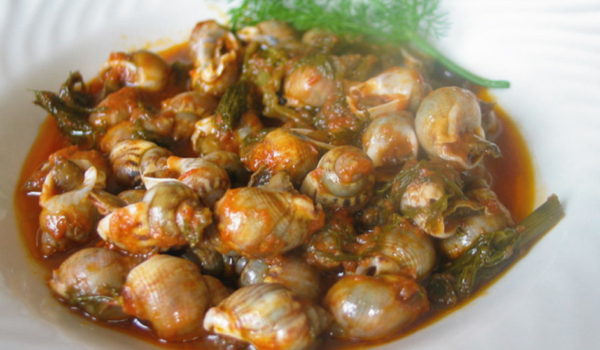 Bombetti are sea snails known as “pelican’s foot” for their shape, usually served as appetizers and paired with a fresh and fragrant white wine. They are such an essential part of Ancona’s identity, that poems have been written in their honor!

Then add the tomato puree, the tomato paste and a bit of water. And salt and cook, lid on, for about 20 minutes. Every now and then shake the pan and stir. 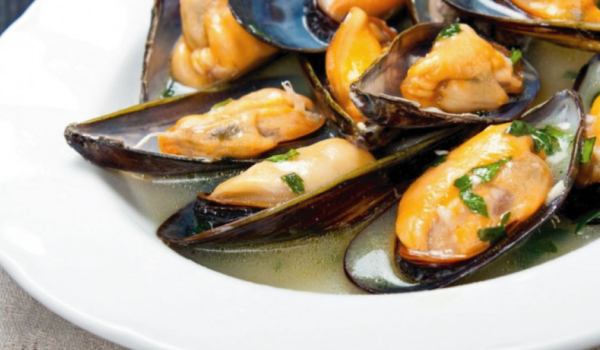 Mussels are a staple of many culinary traditions in Italy: but these aren’t just any mussels. The stretch of coastline of the Conero Riviera between Pietralacroce and Sassi Neri di Sirolo is famous for its wild mussels, which locals call “moscioli”. Rich in omega-3 fats, moscioli are among the local food promoted by the Slow Food initiative.

Moscioli fishing is a family tradition passed down generations. So are the recipes: each has his own. Recipes vary according to neighborhoods as well, but everyone in Ancona knows how to cook them. This is a recipe for spaghetti with moscioli.

Clean the moscioli under running water by brushing off any debris on the shell. Put them in a large pot over low heat with some water, lid on, and wait for the moscioli to open. Discard any mussel that hasn’t opened. Using your fingers, pull the mussel from the shell. Take about half the mussels and chop them: this will make the sauce creamier and tastier.

Heat the olive oil in a large pan. Add garlic cloves and cook until they turn golden brown. Remove the cloves and put the “moscioli”. Sauté them for a few minutes, then add half a glass of Verdicchio wine.

Drain the spaghetti al dente and finish cooking them in the sauce. Turn the heat off when the sauce is still liquid. Add parsley and serve! 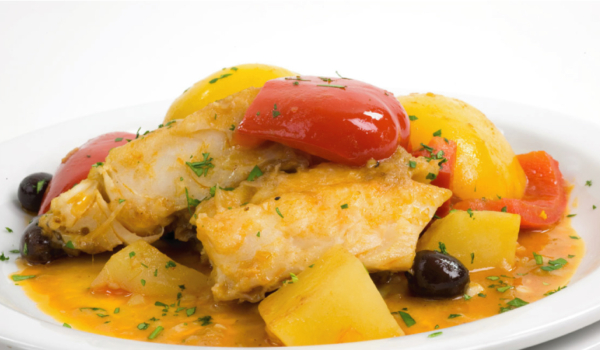 The recipe for stoccafisso all’anconetana (Ancona-style stockfish) dates back to the 1600s. The dish has been a staple of trattoria and restaurant menus for ages.

Stockfish was imported in Ancona by merchants who traded with ports in England and the North Sea. Among these was Flemish shipowner Balthasar Van der Goes, a well-known international merchant, contractor of the nearby Urbino sulfur mines, who settled in Ancona.

Stockfish is a typical Christmas dish. Every person in Ancona must at least once in their lifetime try to cook it!

Arrange the stockfish in a high-sided baking tray. Add the cherry tomatoes, season with salt, pepper and olive oil. Add the potatoes.

Mince all the herbs together with the anchovies, tuna and capers,  dilute the mixture with plenty of oil, add it to the stockfish. Add the olives and the potatoes, the wine. Dilute with water, making sure it reaches the bottom of the pan. Preheat the oven to 130°-104° C, bake for about two hours. 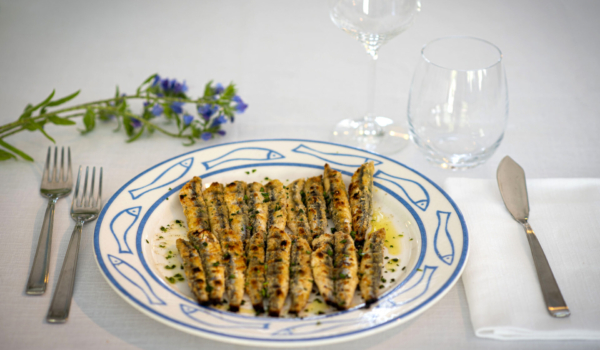 Sardoncini scottadito means “finger-burning anchovies”. A poor man’s recipe, this simple dish of baked anchovies is perfect for a light meal at the beach. Also served as finger-licking appetizers, as the name suggests, they are to be eaten with your hands!

Directions:
Prepare a mixture of breadcrumbs, parsley, garlic, olive oil and a pinch of salt.

To clean the anchovies, hold the head between your thumb and index finger, and pull it off with a firm gesture, in order to remove the guts. Rinse the anchovies under running water then dry them with a kitchen cloth.

Bread the anchovies. If necessary, add oil to make the breadcrumbs stick better. Grill for about ten minutes. You can also make skewers. 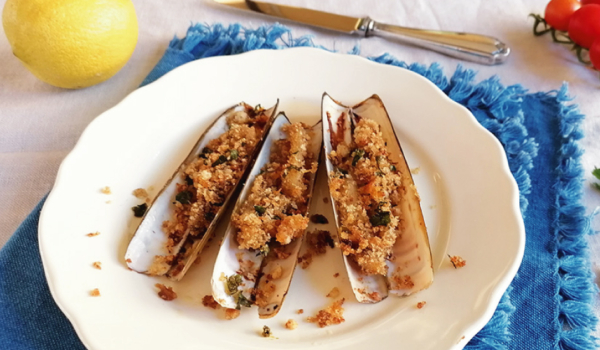 Cannelli, or cannolicchi, are a type of razor clams harvested from the sea bottom, widely appreciated in Le Marche and generally served as appetizers. This a recipe for baked cannelli.

Directions:
Clean thouroughly the cannelli under running water. Soak them in salted water for at least an hour. With a suitable knife, open the cannelli and rinse again. Pull the canelli away from the shell. Keep some shells.

Prepare a mixture of chopped garlic and parsley and add it to the breadcrumbs, with salt, pepper and oil. You can add a splash of white wine.

Bread the cannelli, place them in the shells and on a baking sheet. Preheat oven to 180° C, bake for about 10 minutes, or until the breadcrumbs have browned to your liking.